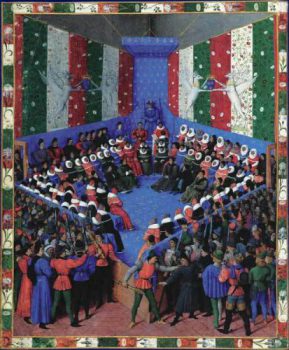 Upon the disappearance of the Holy Roman Empire and the waning of the Byzantine Empire, shifts in the relationship between the political and religious authorities yielded new State structures. Whether north or south of the Mediterranean the bonds between them did not answer a linear drive towards affirmed autonomy at the expenses the heteronomous formula originally prevalent between the 11th and the 16th century. As from that time, however, the political authority showed more assertive in the European space. It is significant that the settlement of the wars between Catholics and Protestants was formulated by jurists unconnected to theologians. In order to study this intricate picture, the modules’ authors have approached its analysis from three angles: theories of the State, politico-religious institutions; practices of power